To share your memory on the wall of Dickie Waddell, sign in using one of the following options:

He is survived by his daughter, Jessica Waddell; sister Mary Fowler of Forsyth, GA; brothers John Waddell of Toomsboro, GA, Robert (Myrna) Waddell of Lady Lake, FL; and Donald Waddell of Macon, GA; and many nieces and nephews.
Mr. Waddell was preceded in death by his parents Benjamin and Thelma Waddell and sister Joy Kerns.
Friends may sign the online register at www.fairhavenmacon.com
FairHaven Funeral Home and Cremation Services has charge of arrangements.
Read Less

To send flowers to the family or plant a tree in memory of Dickie Eugene Waddell, please visit our Heartfelt Sympathies Store.

Receive notifications about information and event scheduling for Dickie

We encourage you to share your most beloved memories of Dickie here, so that the family and other loved ones can always see it. You can upload cherished photographs, or share your favorite stories, and can even comment on those shared by others.

Brian and Kara Waddell sent flowers to the family of Dickie Eugene Waddell.
Show you care by sending flowers

Brian and Kara Waddell purchased flowers and planted a memorial tree for the family of Dickie Waddell. Send Flowers 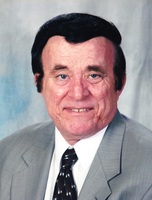