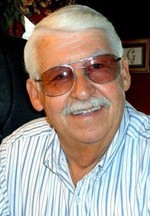 Donald Fielder Holley, 71, of Macon, passed away peacefully on Monday, March 1, 2021. Services to celebrate his life will be held at a later date.
Don was born on May 9, 1949 in Griffin, Georgia to George and Jacqueline Holley. In the early 1970’s, Don started a business building pools, then moved to installing fireplaces. Eventually he opened his own business, Construction Specialists in 1986. He was nationally awarded for his innovative pool designs. He was involved in building the Tobesofkee slides and cave at the museum of arts and sciences, Don rendered work also in the area of community service. He designed and adapted the aquatic training pools for the Red Cross. He was extremely hard working, building his business from the ground up. When he wasn’t working, you could find Don doing something with antique cars, whether it be building one, fixing one, or attending car shows, he was the epitome of a hot roder. He also enjoyed archery, and was the southeast champion, and opened his own archery range. However, if you asked Don what his greatest accomplishment was, without hesitation he would say his family, especially his 50-year marriage to his “Pat Gurl”. Don and his wife Pat built a wonderful life together, full of laughter. Don spread joy everywhere he went telling jokes and riding around in his hotrod dressed up as “Cuz Lucious.”
Don was preceded in death by his father; George Holley.
Left to cherish his memory is his loving wife of 50 years; Patricia Holley. Daughter; Beth Guest (Lance). Grandchildren; Channing Guest and Holley Guest. Mother; Jacqueline Holley, and sisters; Kathy Granger and Kelly Holley.
Friends may sign the online register at www.fairhavenmacon.com
FairHaven Funeral Home and Cremation Services has charge of arrangements.