To share your memory on the wall of Patrick Pritchard, sign in using one of the following options:

He was a passionate and perpetually curious person who loved knowledge and education. He was an inveterate and incorrigible educator, equally at home with children in a first grade classroom, a graduate class in education or a community group learning a new practical skill. So while his formal education and career included a BA from Eastern Mennonite University, a PhD from Clemson University, and twenty years as a professor of education at Wesleyan College, this belies the unconventional life he led. Religious for much of his early adult life, Patrick was a member of various Anabaptist communities throughout the country, living and working towards his eventual vocation as an educator, but if one wanted to identify the thread that ran through his work as a carpenter, farmer, fourth grade teacher, outdoor educator and academic, it would be the unique way he manifested and knit together his love for people, nature and the world. Patrick lived deeply in the world. He cared wholeheartedly for the relationships in his life. So many things made Patrick happy: His children, grandchildren and friends; planning and carrying out long distance walks in England; cooking his famous cowboy cornbread from the glass gem corn he grew and ground; and working with his wife, Lesley, in the garden imagining new vistas and reveling in the ones surrounding him. He found beauty in the smallest of details. He loved gathering friends together for events such as spoken word and music evenings, and the annual scuppernong squeeze when the grapes in his garden would be harvested, pressed, and the juice drunk. An avid guitar player, he delighted in playing and singing with friends. Home brewing was one of Patrick's great joys, and he relished time spent crafting and concocting recipes, but even more so, sharing his brews with friends in his beautiful garden. He drew new people into his circle and was always looking to introduce people he thought might enjoy each other. He was a community builder through and through, working to support many local institutions and organizations including Storytellers of Macon, Woodfield Academy and the Wesleyan College Arboretum.

Patrick is preceded in death by his parents and sister, Pamela. He is survived by his wife Lesley, with whom he lived happily for 20 years, his sisters, June Pritchard and Brenda Duncan, his five children and their spouses, Andrew and Anna Wilds-Pritchard, Mary and Justin Pearson, Jordan Pritchard and Jennifer Pritchard, Justin Pritchard, and Sean Pritchard and Emma Furman, his first wife, Heather Pritchard, and three grandchildren, Rhys Pearson, and Hunter and Hartz Pritchard, along with nieces, nephews and cousins. He is mourned by many here and in England, his second home where he has a close loving community of family and friends.

Patrick had a light that he shared freely, and a kindness that drew people to him: He loved without thought of the love he engendered.

If you are interested in planting a tree the family would like you to donate to the arboretum at Wesleyan College Macon Ga rather than clicking on the link above.

Receive notifications about information and event scheduling for Patrick

There are no events scheduled. You can still show your support by sending flowers directly to the family, or planting a memorial tree in memory of Patrick Calvin Pritchard.
Plant a Tree

We encourage you to share your most beloved memories of Patrick here, so that the family and other loved ones can always see it. You can upload cherished photographs, or share your favorite stories, and can even comment on those shared by others.

25 trees were planted in the memory of Patrick Pritchard

Posted Mar 25, 2021 at 12:44pm
I met Pat Prichard during my first college class. I took his course on “finding utopia” for my first year experience requirement in 2000. I found the course to be as much a lesson in life, as it was historical and philosophical discourse.

As a first generation college student, I was very nervous about being in class. I remember how Pat introduced himself as “Patrick Prichard”. I didn’t know what to call him, and I was afraid of looking like I didn’t belong. But Pat was so affable, I mustered up the courage to ask: “I don’t know what to call you. Do I call you Professor, Dr. Pritchard, Pat?” He responded with, “What do you feel most comfortable calling me?” I called him Pat from that day onward. That first interaction has influenced how I introduce myself to first gen students that I teach and mentor. I let them know it’s okay not to know “how to do college”. I ask them to call me by the name they are comfortable with, and I make myself available for queries about life as much as coursework.

Throughout my Wesleyan years I took other courses with Pat. Chatted during office hours and on the porch outside the cafeteria. Some of my favorite memories are from the summer 2003 leadership trip we took to Santa Fe. Pat was one of the supervising mentors. My favorite photo is of him leaning in a doorway in downtown Santa Fe. Pipe in hand. Looking off into the distance. He didn’t know I was taking the photo at the time, and to me it captures his persona perfectly. Laid-back. Approachable. Perceptive. Seamlessly integrated into the world.

I am grateful that I was able to share time and space with Pat in my lifetime. I hope he’s continuing to enjoy all the good things - wherever he is now wandering and, I’m sure, still teaching. 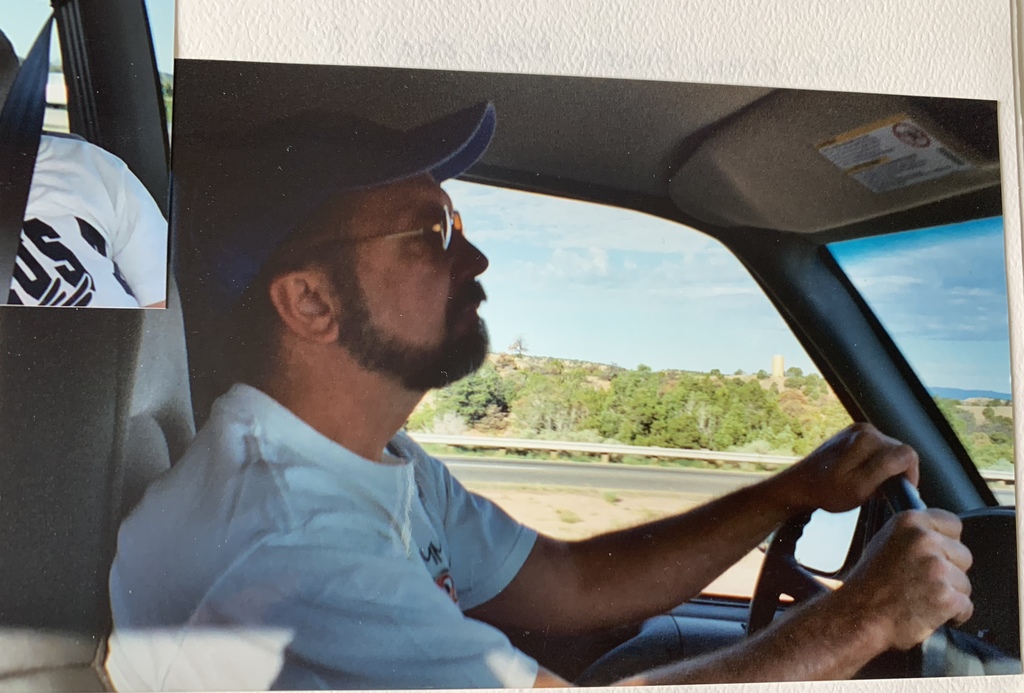 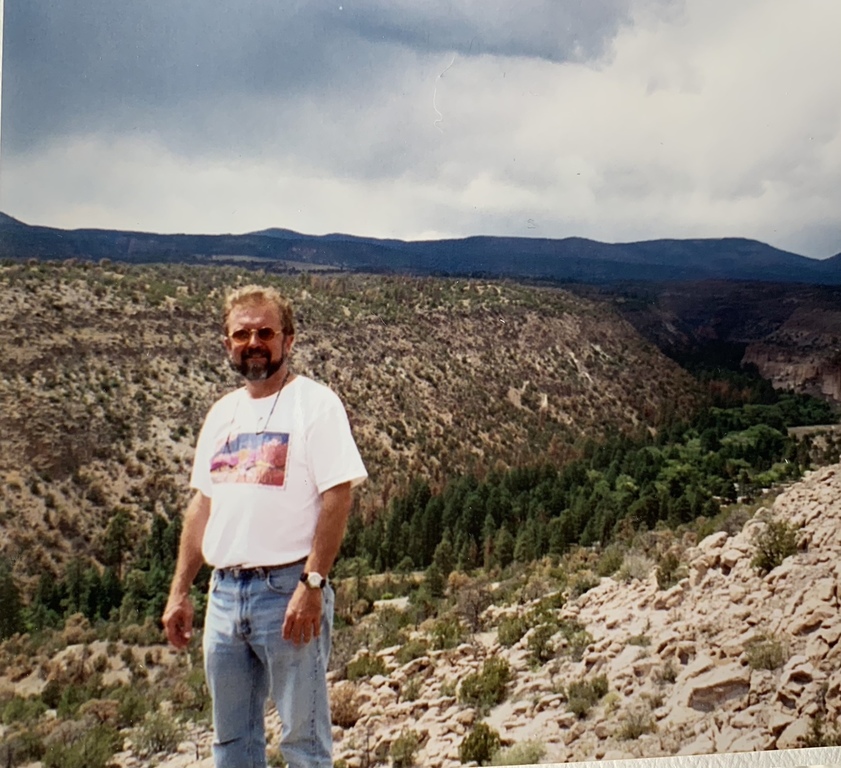 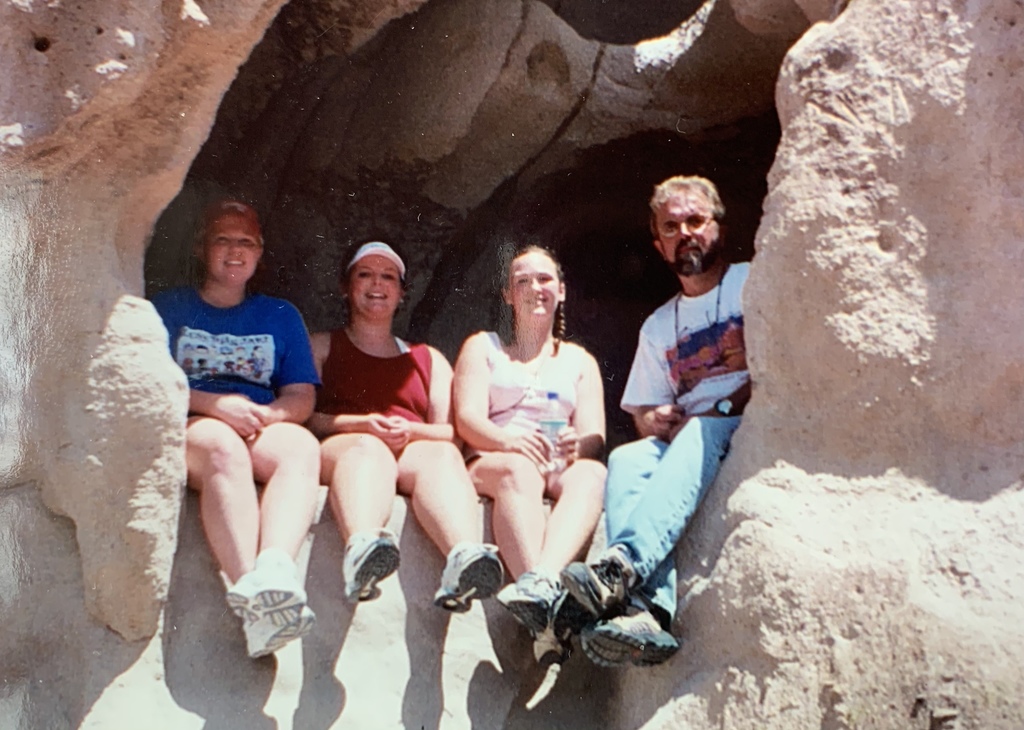 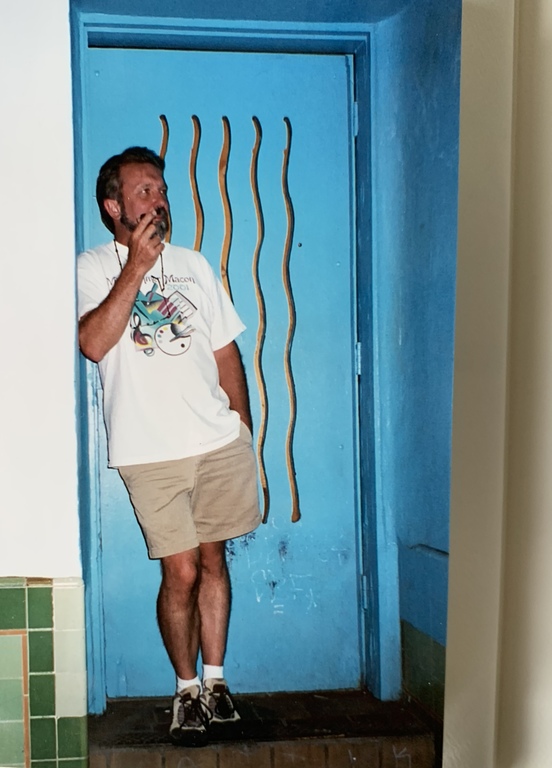 Posted Mar 25, 2021 at 12:36pm
Dr. Pritchard,
When I heard of your passing, I was on a conference call exploring how to create an interactive room to teach my senior students writing, using VR and avatars. Funny how far the art of teaching has come from the blackboard and chalk. My heart skipped a beat. I had to stop listening to the speaker to take in your smile on the pictures that was on my screen. It had not changed in 20 years! You were always so pleasant and kind to students, even those who did not have you. I became a teacher after my years at Wesleyan, but I wish I had joined the Education program under your tutelage while I had the chance. Fly high Professor. You will be missed. You are missed.
Comment Share
Share via:
VK

Posted Mar 12, 2021 at 01:22pm
When I heard the news that you had died, I stopped what I was doing. Everything that I was doing. I set the soapy sponge down on the countertop. I left the greasy dishes waiting in the sink. And I walked outside to the garden. Sitting down, Indian style, between the broccoli and the cabbage. I thought you would have liked that. I imagined your smile, and I pulled a stubborn carrot from the row. I ate it. Because that’s what you would have done.

Always with death, I ask myself – where are you now? The quick smile, the collection of songs, all those stories, your indignation even. Where have you gone? Are you the smoke rising once the fire is put out? Or are you the chord after it’s plucked, now vibrating, momentarily in the air? And always with death, there is no answer.

There’s just me, in the garden, the dew now soaked through the thighs of my jeans, the dirt from the carrot brushed from my chin. I see my own sons, barefoot and wild in the morning light, before our day begins. And I think maybe today, the dishes can stay undone. I can sit here in the garden and watch the house finches, new this week in the yard, flit from the red maple to the sawtooth oak. I think maybe today, we can keep the math books closed and our shoes untouched in the closet. I’ll go out to the woods with my boys instead. And if this is where you are now, in the space between the sink and the garden, in the muck between my six year old’s toes, I’ll take it. Gratefully. 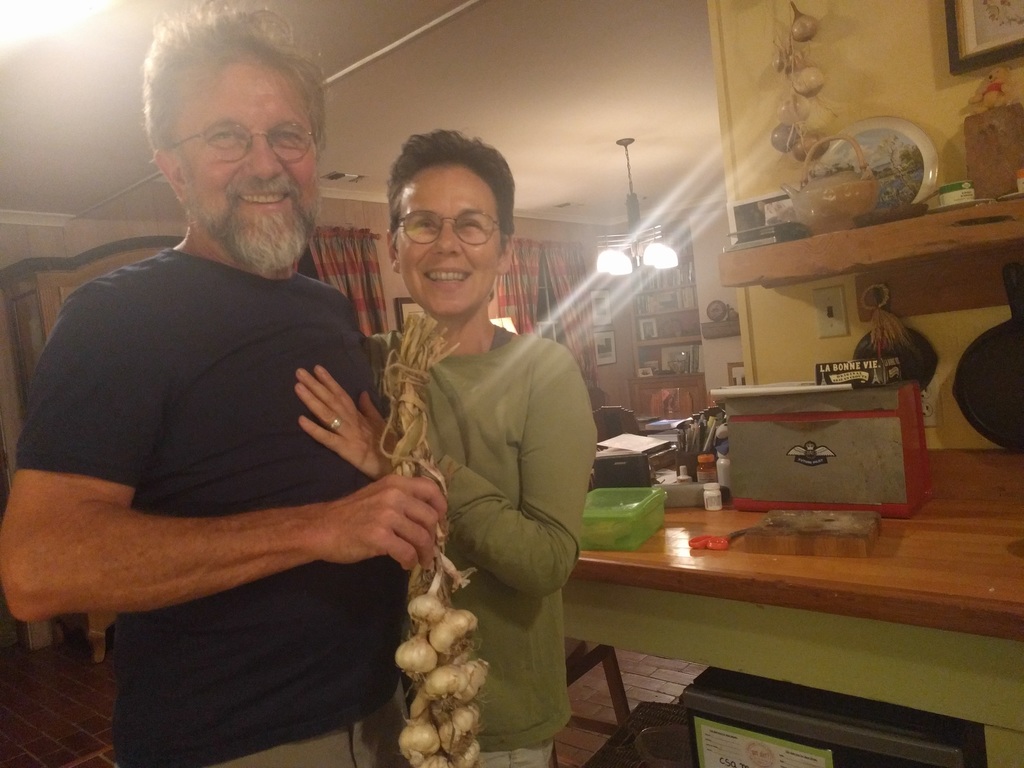 Posted Mar 08, 2021 at 12:36pm
Pat, thank you for being such an inspiring example at Wesleyan College. Your presence can still be felt. Your "big shoes" will never be filled. 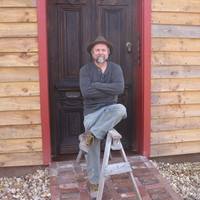 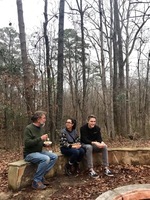 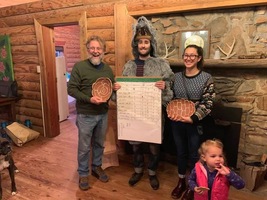 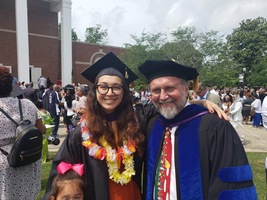